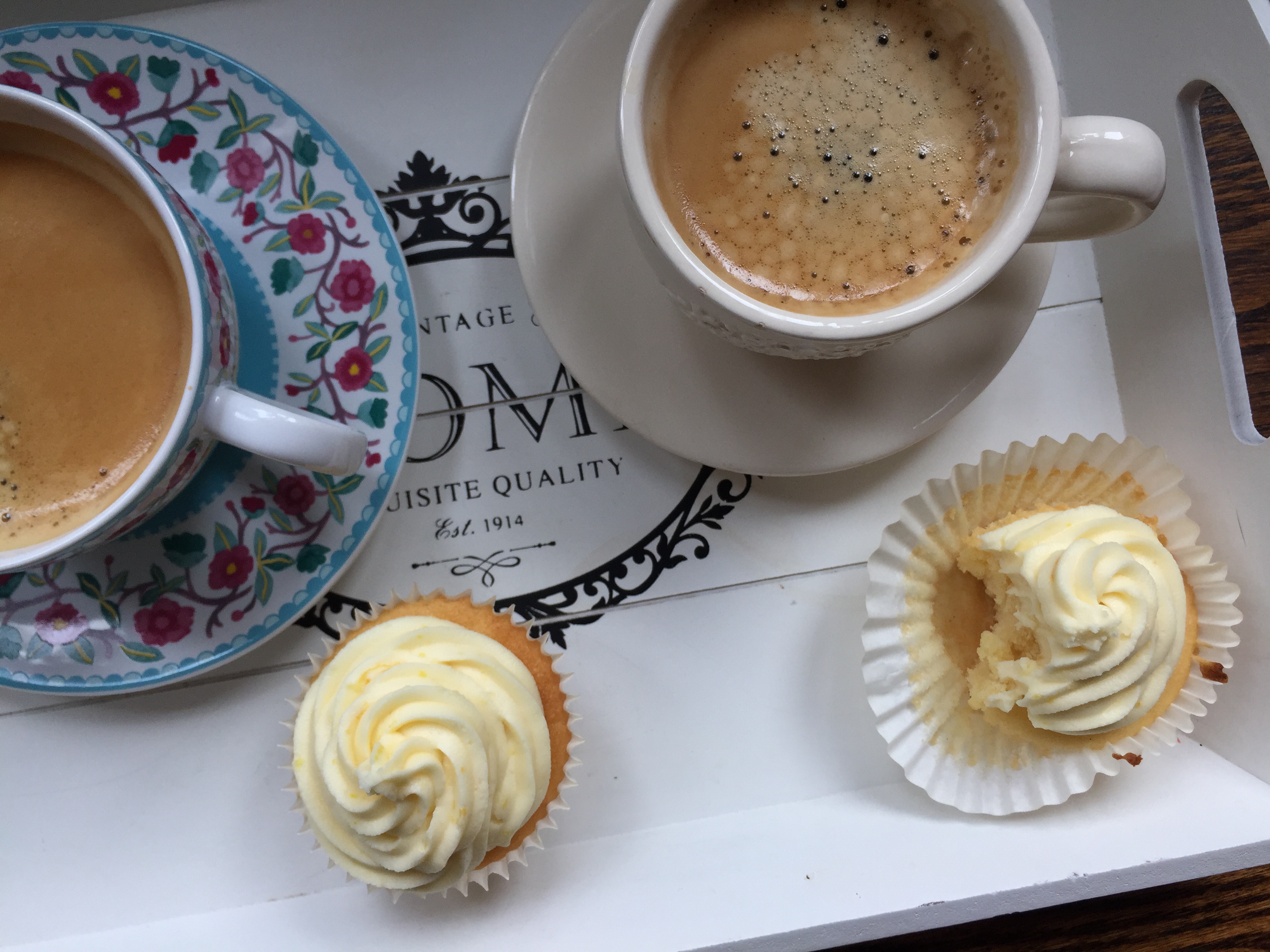 I’ve been daydreaming about these gluten free vegan lemon cupcakes since their cloud-like frostings first touched my lips last month. It was the birthday of my friend and vegan babe Ami in February – so obviously I needed to bake cakes. Fortunately, my mam has a little book filled with age-worn, handwritten recipes for this kind of thing. So she helped me bake them. I say help, she made them all. But you’ve forgotten that already, haven’t you.

These lemon beauties are proof that gluten free and vegan cakes don’t have to be dense and boring. No wheat. No dairy. No egg. The moment they were served, they were devoured. Sucked up like Noo-Noo the hungry hoover from the Teletubbies. EVERYONE loved them. Here are just a couple of blindingly good reviews from vegans, non-vegans and non-coeliacs:

“Your mam is an absolute magician” – My mate Richie who normally “rejects foods that have had stuff taken away as he feels robbed”.

“Possibly the best cakes I’ve ever had in my life. I’m still not over them.” – My friend Amy who is an utter domestic goddess and wedding photographer, so has eaten her fair share of beautiful cakes.

“Omg lemon cupcake of dreams.” – the birthday girl herself. Just so you know guys, I will be using these testimonials on the branding when my mother finally launches her own free-from bakery (which I constantly, desperately, urge her to do).

So let us bake MORE. This gluten free vegan recipe makes 12 cupcakes but it can make 18 if they’re the dinky shallow cake cases. Or you can always double the amount and make a big ass lemon cake. They’re best eaten within three days but any human with taste buds won’t let them last that long. I saw off two in one go and regret nothing.